There has been a great deal of debate about how many piglets use milk cups in the farrowing unit. A new trial conducted by AB Neo proves that 99% of a litter use the Pump’n’Grow and DanMilk on Day 21. “It gives my pigs a significant boost,” says a pig producer about the milk cup system. 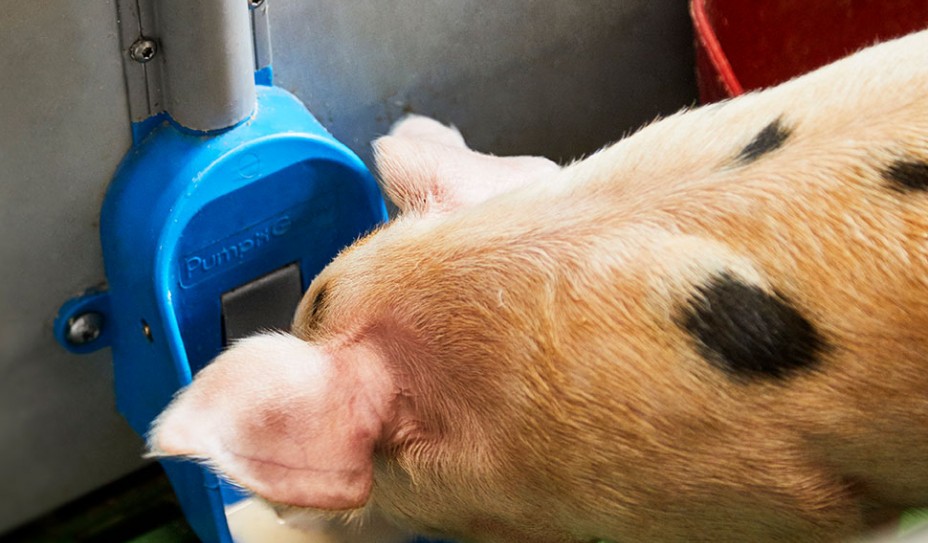 For some time, it has been alleged that only 80% of a litter of piglets use milk cups on Day 21 in the farrowing unit. A recent trial conducted by AB Neo in collaboration with pig producer Soren Hansen, who made his farm available for the trial, shows that this figure is misleading.

Pig producer Soren Hansen installed a camera in his farrowing unit, where he has an Pump’n’Grow milk system with DanMilk Supreme in the milk cups.  The litters with 15-16 piglets per sow was numbered, so that they could be tracked. The numbered piglets were video-monitored on the day after birth and on Days 7 and 21.

“There’s no doubt that the start-up with the milk system has given my pigs a significant boost.  Now what we make from nurse sows is very limited. The weight at weaning has increased and the efficiency in the nursery has been given a huge boost,” says pig producer Soren Hansen.

“The first pigs are delivered from the nursery four weeks after weaning.  The increased weaning weight means that I have now significantly reduced the use of medical zinc, which is a major step towards zinc-free production.  It is very positive to reduce feeding costs per piglet and see a greater earning.” 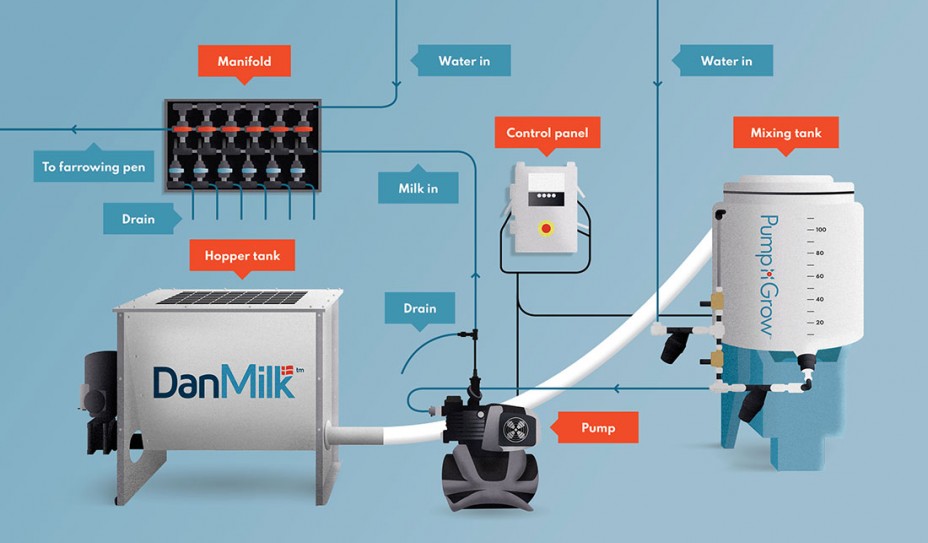 For some time now, AB Neo has suspected that previous trials, which arrived at a figure of 80%, were incorrect, at least in the context of the company’s own products: The milk system Pump’n’Grow and the sow milk replacer DanMilk Supreme.

“There is a large range of milk systems and different types of milk replacer for piglets. You shouldn’t compare apples to oranges. They differ greatly, not only in terms of the system, but also, and particularly, in terms of the quality of the milk powder. We’re convinced that having a system that is easily kept clean and a milk made of pure milk are the most important factors when it comes to success,” says Kristian Juul Volshoj, Technical Manager, AB Neo Denmark.

The trial shows that the smallest piglets experienced increased growth when using the milk system.

“On Day 21, the milk system was switched off.  It was evident that the smallest piglets born continued to grow, whereas larger piglets remained at the same level as when there was access to milk.
This is probably a result of the fact that the small piglets eat more dry feed as a supplement to the sow’s milk,” says Kristian Juul Volshoj.

“The video surveillance showed that for the piglets, the sow was always their first priority. Thereby it was confirmed that the piglets do not disturb the re-production cycle of the sow when they have access to supplementary milk.  When they have finished suckling, they go to the cup and drink extra milk,” he explains.

Results from the farrowing unit:

Results from the nursery: