Soy’s impact on the carbon footprint for pork production

Approximately 60% of the carbon footprint of pork comes from feed and, of that, the single biggest contributor is soyabean meal. So, what can companies do to help offset this statistic? 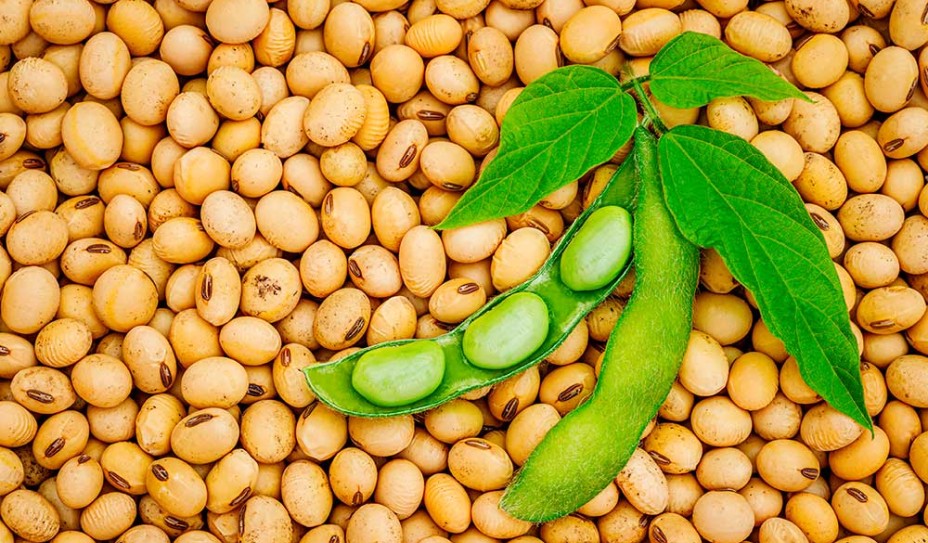 When we talk about carbon footprint we mean the total greenhouse gas emissions (carbon dioxide, methane and nitrous oxide) caused by a product expressed as carbon dioxide equivalents (CO2e or CO2eq).

As outlined, 60% of the footprint of pork production comes from feed, and this is predominantly from the inclusion of soyabean meal. In a typical pig finisher feed, soy may only be 10% of the ration but it can contribute 50% of the carbon footprint. It’s a figure that cannot be ignored any longer as the global voice around climate change is increasing.

Why is soy’s impact so great?

It is easy to assume the soy impact is due to “food miles”, however it is in fact the Land Use Change (LUC) attributed to growing soya beans produced in South America that influences this figure. Land Use Change can be defined as a conversion from one land use category to another as a result of human activity. This includes deforestation but also includes other changes, such as grassland to crops, and it is looked at over a 20-year time frame.

It is important to note that before Land Use Change is attributed to soy, it has a very low carbon footprint compared to other proteins, and that soya beans grown outside of South America have very little or zero Land Use Change.

Reducing soy inclusion in the ration by improving genetics, health and feed regimes will significantly reduce the carbon footprint of pig feed and pork. Reducing the impact of soy by sourcing non-LUC material, as either non-South American or using ‘Sustainable Soy Certificates’ will also provide a significant reduction.

Soy certificates – a step in a more sustainable direction

Sustainable Soy Certificates are available from regulated soy schemes that stipulate no Land Use Change. They use satellite images to ensure no land conversion since 1999 (source: Blonk Consulting) and FEFAC have updated their Soya Sourcing Guidelines for 2021 to include a section on “transparency on conversion-free soya approaches in the market”, such as using a certain quality of satellite image for LUC analysis.

As a substantial user of soy within their specialist feed ingredients, AB Neo is safeguarding their customers and is one of the first companies to commit to 100% of their soy usage sourced through Sustainable Soy Certificates from registered third parties including RTRS and Pro Terra.

Therefore, when customers buy products that contain soy from AB Neo, they are confident that it is from a responsible source. AB Neo, Denmark Procurement Manager, Jan H. Nielson confirmed, “Soy is an essential protein source in feeding solutions for piglet production. There is no other ingredient currently that contributes with the same positive results so, by using the certificates, our customers are assured that they support soy production in a more sustainable way”.

AB Neo is also proud to point out that the move to 100% soy sourcing under Sustainable Certificates is part of the overall AB Agri Group commitment to become net zero by 2030, and achieving this milestone means the business has reached its first phase target three full years ahead of schedule.

Calculating the average percentage soy inclusion across rations is a reasonably quick and easy measure and can be used to set targets to work towards for producers wanting to reduce their emissions footprint.

As an example, a UK home-mixer using wheat, barley & soy rations with an average soy inclusion of 16.5 %, wean to finish FCR of 2.4 and DW of 85 kg will have emissions, from soy alone, of 2.66 kgCO2e per kg DW. If, by using alternative proteins, the soy inclusion is reduced to 10 %, for no loss of performance, then the emissions from soy would then be 1.70 kgCO2e per kg DW (source: Premier Nutrition).

The future will see increasing pressure on global ecosystems and reducing rates of deforestation and land clearance together with added consumer pressure for additional supply chain efficiencies. For most feed input suppliers, a combination of initiatives will be critical drivers for change, but the investment in Sustainable Soy Certificates is a highly effective and trusted solution as AB Neo concludes, “As a leading producer of specialist feed ingredients for farmed animal production, we acknowledge our responsibility in being a part of the ecological outcome. We will support and speed up the process of delivering sustainable, safe and climate-friendly soy”.