The importance of uniformity in broiler flocks

We all heard that “uniform poultry flocks are considered as healthier flocks”. You might also heard that “poor flock uniformity may indicate reduced animal welfare on the farm”. Is it really true that broiler flocks with poor uniformity will have a poorer performance? Or poor uniform flocks experience welfare issues? If these comments are true, is there anything that we can do to control or even improve our bird’s uniformity on the farms? These are all valid questions that you may have in your mind. And of course you need some proper and practical answers for them, particularly when you receive thousands of poor uniform chicks from the hatchery with no advance notice! Well, a short answer to all these questions is “yes”. 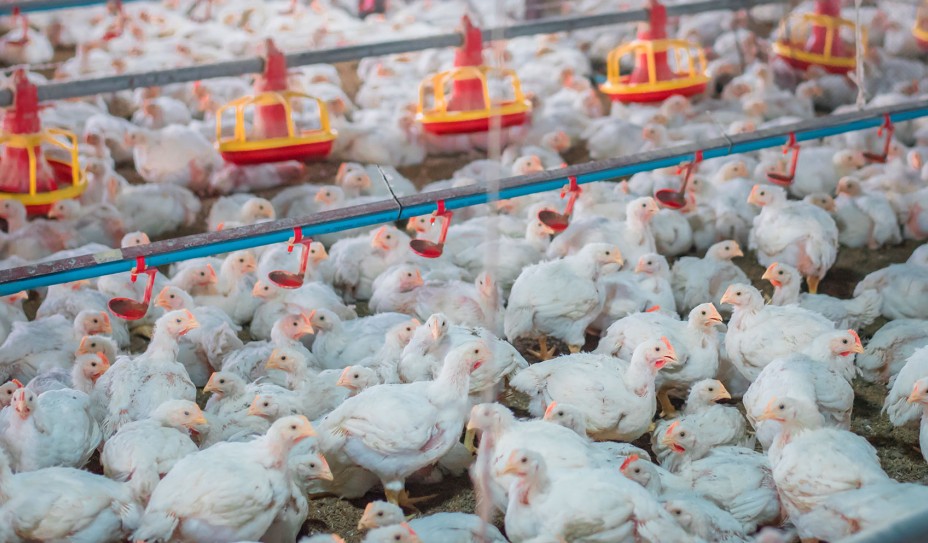 Poor uniformity affects flock performance and/or flock welfare, sometimes to a large extent. Even if you are not familiar with rearing broiler breeders or commercial egg layers, you can imagine the importance of flock uniformity in these types of birds. Chickens get to their sexual maturity at certain age. However, this is the weight of an individual bird in that age, which determines its sexual maturity. Underweight pullets have delayed onset of egg production and overweight ones have an early start. So, poor uniformity (large number of too heavy or too light birds within a flock) may cause serious performance issues in breeder or commercial layers. How uniformity get affected in broiler breeders or commercial layers’ flocks, and the consequences of poor uniformity in those birds is beyond the scope of this paper. Our focus here is the commercial broiler birds. Broilers are slaughtered well before they get to their sexual maturity age. Nevertheless, uniformity is still one of those quality parameters that needs to be closely monitored and maintained within broiler flocks.

To appreciate the importance of broiler flock uniformity, first let’s have a look into the ways that we describe and measure it. The variability of body weight within the population determines the flock uniformity; and there are two ways to measure variation within a poultry flock:

Coefficient of variation (CV%) is the standard deviation (σ) divided by the mean body weight of the flock (σ is the measure of how widely values are dispersed around the mean). Therefore a large CV means that there is a lot of variation within the flock and a low CV indicate less variability. Uniformity indicate the percentage of the flock that falls within a certain range of the average flock body weight (mean). This certain range is usually ±10% of the mean. So the higher the uniformity, the less variable a flock is.

Although there is a scarcity of scientific information concerning broiler flocks uniformity, a flock with a CV of 10 to 12% at 40-42 days of age is considered as a uniform flock. The association between high flock CV% and increased first week mortality, total mortality and slaughter house rejection as well as poor FCR and growth rate have been reported in numbers of experiments done by scientists around the world. The question is, where the variability in broiler flocks is coming from and how it gets even worse as your birds are getting older?

Poor broiler flocks’ uniformity can be originated from some different sources. Poor farm management might be one of them. However, there are some other factors which are not under the farmers’ control whatsoever. The breeder farm is one of those factors. This is a well stablished fact that poor uniform breeder flocks produce uneven eggs. Generally, larger eggs produce larger chicks and smaller eggs produce lighter chicks. Therefore, a flock of breeder hens with poor weight uniformity, which produce uneven eggs, may consequently create uneven day old chicks.

Another source of poor uniformity is the hatchery. The average size of poultry farms have considerably increased during last few decades. Some commercial broiler farms have the capacity for more than five hundred thousand birds, where up to fifty thousand birds are placed in each house. Most Hatcheries may simply struggle to fill such big houses with one unique flock and it is quite possible to send chicks to broiler farms with multiple origins and from breeding flocks of different ages. Don’t forget that, hatcheries are receiving eggs from numbers of different breeder farms with different production capacity, flocks’ age, egg quality, etc. At the same time, they supply chicks to a wide range of broiler farms. Farms with different capacity, rearing facilities, distance from the hatchery, etc. So, part of the issue will be inevitably shared with broiler farms. Hence, broiler farms need to make sure they have proper tools in hand to address unexpected issues like this, before it gets out of their hands.

There are just a few non-dietary measures that can be used by farmers to control poor uniformity in broiler flocks. Measures like “precise environmental control” or “heavy culling” to remove smaller chicks. However, it is nearly impossible to control and particularly improve uniformity in a poor uniform flock, without adopting a specific dietary measure. The uniformity itself is an important measure of performance when optimising the diet and feeding programme for a broiler flock, since it relates to the spread of product yield in the processing plant.

It is known that the uniformity of broiler flocks decrease as they are fed with marginally protein deficient feed. Birds may overconsume energy if feed is marginally deficient in essential nutrients such as amino acids. The ability of individual birds within a flock to overconsume energy when faced with a deficiency vary. Birds with more ability to increase their consumption may show a small weight reduction, whereas the birds with less ability to consume more, will show considerably poor growth. If this issue is not rectified at the early stage of life, poor uniformity remains within the flock, or even gets worse as birds getting older.

In most cases, the calculated nutrient content in a feed formula looks fine on the paper. Nutritionists consider the minimum need of the birds carefully in feed programs and the expectation is that each bird within the flock reaches its potential without any problem. However, the actual digestibility and consequently availability of some essential nutrients to the individuals within a flock might be different. Scientists discovered that “the performance of a broiler flock depends largely on the inherent genotype of the population and the extent to which this varies between individuals”. Therefore, we must make sure there is no limitation for any individual to consume, digest and absorb nutrients from the feed. Probably the most practical correction action in such case is to support optimum feed intake by using feed ingredients with maximum digestibility, consistent quality and lowest possible level of anti-nutritional factors.

During a recent gut performance experiment in an university institute in the Europe, the true potential of Alphasoy Gold (ASG) to improve uniformity in a poor uniform broiler flock has been well realised. The test flock in that experiment was meant to be a flock of individual chick, all coming from one particular parent flock. However, for some reasons, the supplying hatchery failed to provide the exact requested chicks. Relatively poor quality and uneven chicks arrived at the farm at the starting day of the experiment. At day 7, all groups within the experiment unit showed a quite poor uniformity for their age. An unexpected hot and humid weather in the first 21 days of growing period didn’t help the situation as well. However, as chicks got older, the bodyweight uniformity of the groups, which had Alphasoy Gold (ASG) in their diets were improved remarkably compared to groups with no ASG in their feed (table 1).

Poor condition of day old chicks and adverse hot climate during the first 21 days of growing period largely compromised all groups’ performance in this experiment. Nevertheless, Alphasoy Gold added to the starter rations, increased final (day 42) body weight of treated birds by 37.0g, and reduced overall FCR of this group by 2 points. Considering the price of broiler feed at that time and also the value of live weight, which was €1.20/Kg, Such improvement generates a net profit of more than €36,000 per cycle for every 1 million broilers. This is including the cost of ASG in starter 1 and starter 2 rations from day 0 to day 21.

Alphasoy Gold (ASG) is a highly-digestible and highly consistent functional ingredient with a minimum protein level of 52%. The unique thermo-mechanical, enzyme facilitated process in ASG production increase the digestibility of all key amino acids in ASG by up to 2%, while all anti-nutritional factors are reduced to a safe level. The protein digestion kinetics of soybean meal is also considerably improved in Alphasoy Gold as a result of reducing resistant protein and increasing fast digestible protein. It seems adding such an ingredient with elevated amino acids profile and improved energy value to animal diet will optimise feed intake in young birds, hence improve the flock uniformity to a considerable degree.